This week netwaves presents some nice chilly, loungy tunes. Summer is in the air!

take a trip to Oslo

It's a movie of about almost 7 1/2 hours, showing every minute of the scenic train ride between Bergen on the Norwegian west coast, crossing the mountains to the capital of Oslo.
Here you can see a 10 minute video, from Finse where the scenes from Hoth in 'Star Wars Episode V: The Empire Strikes Back' were filmed.,
The whole trip is available at the Norwegian Broadcast Company NRK. This week netwaves goes a bit nuts by playing some deviant stuff. One of the advantages of netlabelism is the remarkable creativity, not driven by money, but driven by soul.

the man from boingboing In the meantime you can relisten to/download our reportage, with interviews, from last edition of the Cologne Commons. 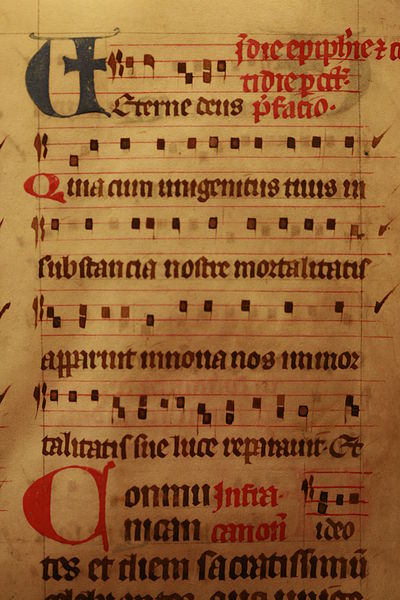 Yesterday, netwaves was invited by the Cultural Counsil from Leuven to give some explanation about Creative Commons. The Counsil exists of people involved in non-profit organisations for amateur arts.

After our exposition, people could pose some questions, and what stroke me, there is a big demand for 'open/free' sheet music. I never had the interest to search for the existence of this kind of music experience, so i had not much to answer. Now, as a way to meet this demand, i've googled a bit on sheet music and Creative Commons, and i think these few links are a good start. My first impression though is that there is more public domain than CC, but that's maybe because most op the composers are dead, and so there's no need for a CC license?

- Public Domain Sherpa: everything public domain with lots of research and explanations
- the Wikipedia page of sheet music, with some links (at the bottom) to free sheet music
- IMSLP / Petrucci Music Library: their goal is "to create a virtual library containing all public domain music scores"

Any other suggestions are welcome, you can use the comment field! This evening netwaves.bpm @ AperO presents 1MC. "1MC will submerge you in the world of Netlabel music... This with a fine selection of Techno, Minimal and House..." 1MC has a 2-weekly podcast on dirtyRadio and iTunes. DirtyRadio is a non-profit radio service and they promote artists through webcast and podcast media. DirtyRadio has one mission: to discover and promote the finest electronic music. Chek it out wed. 2010-05-05 22:00-01:00 in caf� AperO or live stream.
labels: english, netwaves.bpm

Chill with this cool, smooth clip from Dutch (Den Haag) downtempo producer Crookram - "Through Windows" on Budabeats or Crookram's own netlabel Bankrupt Recordings.
Read the interview (dutch) with Crookram on VPRO's 3voor12 site.

This month marvin suicide published its 200 th podcast. Marvin suicide is one of the old values in the netlabel world, serving since 2005 every month a cool selection of cool beats and experimental soundscapes. MS defines itself as "a downloadable music programme that plays songs found freely and legally on the internet". The description on the archive.org site is more depth psychology:
"Do you like the smell of goats? Spend every day thinking about fun? Don't like using public toilets? Then try listening to these monthly shows playing music and sounds that have been found legally and freely on the glorious internet."
Happy podday, Marvin!